Baby Bop is a year old and we had a big party to prove it. It wasn’t a pink party. Baby Bop wore a pink dress and we had one pink balloon, but it was a Sesame Street theme. Captain’s favorite.

I’m not making that up. He’s a HUGE Sesame Street fan. The other day I came home and found him watching Sesame Street all by himself.

“I want to watch the classic episodes with Baby Bop.”

So for Father’s Day I gave Captain Sesame Street DVDs. Many episodes from before my time. I also gave him Bert and Ernie sunglasses. It’s hard to know where to draw the line with a theme.

The doctor told us that the glue on Baby Bop’s eyebrow would flake off in 5 days. Three weeks later it’s all still there. It appears we may be waiting for her eyebrow hairs to grow out. I complain about it to Captain, he suggests,

“What if we glue on a Bert unibrow?”

We are committed to this Sesame Street theme.

And so we broke in our new home. The party went smoothly and we have lots of leftover beer, wine and juice boxes. If you’re in the mood for any of those, feel free to stop by. 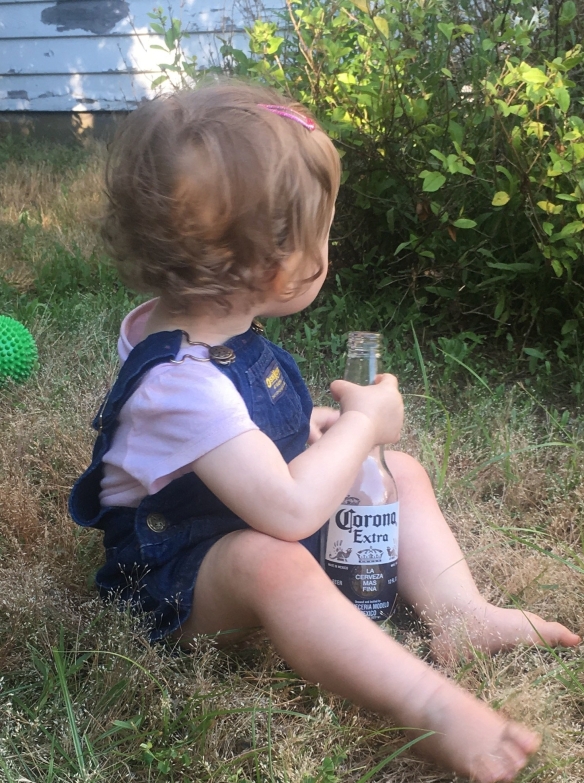 Yes I bought these. And the Bert ones too.