The other night I go out to meet a girlfriend for dinner. I get there early and head to the bar with my book. Being at a bar, reading a book, makes me feel like everything will be ok.

I pull up a seat and acknowledge the people around me. I get a drink and I bury my head in my book. There is nothing about my demeanor that says “please talk to me.” In my many years of working at a bar, I know it’s possible to project the message that I’m looking for someone or something. I’m doing all the things to project the opposite message.

The woman across from me asks,

“What are you reading?”

“Do you know Trevor Noah?”

This conversation is off to a terrible start. Why is she bothering me? I offer,

“He’s the host of The Daily Show, he took over for Jon Stewart.”

She gives me a blank stare. This is my cue to go back to reading. She interrupts again,

“His childhood growing up in apartheid South Africa.”

“Have you been to South Africa?”

“I’ve always wanted to go, but I’m not interested in doing a safari.”

“There are plenty of other things to do.” But I don’t know why I’m encouraging her. I should spare South Africa. I try putting my head down in my book again. She interrupts again,

“Are you meeting someone?”

“But I don’t know where we’re going to sit.”

“There’s a seat there, but there aren’t two together, I don’t know what we’re going to do.”

“Would you? That would be great!”

GOOD GRIEF! Is that what this conversation was about from the very beginning?

Captain and I had our first weekend away together since BB’s arrival. It was magical for me. Bittersweet for Captain. He almost couldn’t bring himself to come.

My friend’s wedding was in New Jersey and BB wasn’t invited through no fault of her own. I was going no matter what. Captain couldn’t decide. I tell him,

“It’s July 4th weekend on the Jersey Shore. This hotel is not cheap, you should come.”

“But what about BB?”

As of the last 6 months she’s been beyond thrilled to spend time with her grandparents. Special treat for everyone!

My mom takes BB duty and I get Captain in the car with me headed for New Jersey. That’s when the magic started. No toddler in the car: absolute zen.

BB is great in the car, she can be happy for a couple hours. But what makes her happy is listening to the same song on repeat. Right now it’s “Shoo Fly.” That’s a 66 second song with a 3 second reprieve between repeats. The other day we listened to it for an hour.

With adult music and Captain asking if I’d heard anything from my mom every so often, we make our way South.

I had no idea, but the highlight for me of our 2 nights away was waking up in the morning with Captain, but without BB. To snuggle in bed and then enjoy a coffee and a muffin and another cup of coffee. I could’ve driven back home after that and been happy.

Neither of us having been to the Jersey Shore before, we’re on the lookout for poofy hair or any other sign that we’ve arrived. We see some half-naked people bent over on their front lawn, butts in the air, playing some drinking game. I tell Captain,

I ask my friend’s wife,

“Is this the Jersey Shore from the show?”

“No you have to go further South. This is the family friendly area.”

I can’t resist a junky souvenir shop. I want to return with something for BB. Captain and I settle on a lifted school bus. BB likes school buses and Captain likes vehicles that are lifted. It’s a win.

Captain and I head back to our bed and breakfast to get ready for the wedding. It’s 90 degrees and humid. The only way it’s bearable is to be is in the ocean or in the air conditioning. Our room is lovely. It’s also a renovated attic. All 3 of our window air conditioning units are cranked up. Captain packed his suit. We nix that.

I shower, walk to get my hair done at a salon around the corner and head back to the room. We dress, beat it out of there and walk several blocks to the party.

I start hugging people. What’s that smell? I go to the bathroom. I panic. I FORGOT DEODORANT! Of all the days and of all the places. I tell Captain,

“I think I should go back to the hotel and come right back.”

I link my arms around his neck like we’re reminiscing about our wedding.

“But what about everybody else? And there’s still 2 hours of dancing!”

“Why don’t you just wipe off in the bathroom?”

“There aren’t any paper towels and toilet paper won’t work. Oh I’ll use a napkin!”

I grab my cloth napkin which has a little pizza sauce on it. That’s gotta smell better than whatever I’ve got going on now. I soak the napkin in the sink and head to the last stall. I take a sponge bath. Not sure what to do with my cloth napkin and thinking I might need it again. I hang it on the hook.

I link my arms around Captain again, as if I can’t get enough. He tells me,

I wipe off a couple more times and I survive the night. I didn’t make any new friends, but I didn’t lose any either.

After another decadent morning doing what used to be super normal, plus reapplying deodorant multiple times as if that’ll make up for last night, we head back for BB. In the middle of our 6 hour drive, Captain turns to me,

I give him a hard look. What’s his angle? He looks eager/anxious. I ask him,

“You want to sleep with her huh?”

I almost didn’t get into our lunch spot. I had to scrounge around for a shirt. I thought my bathing suit was full coverage, but I was wrong.

Sleep is precious. To have it be interrupted by a bad mattress is unacceptable. Ten years ago I could sleep on any old, bunk-bed, hostel mattress in a room with many people. Why I’m snobby about my mattress now is a mystery.

Then Baby Bop and I took it over. Then we moved and bought a king bed frame. Moving was crazy time and money was flying. I decided we should try the mattress in a box that’s ordered online and returned for free within a 100 days. We could save a lot of money and we wouldn’t have to go mattress shopping with Baby Bop.

The mattress came and I immediately preferred Baby Bop’s 4 inch floor mat. Within a month I went back to sleeping on our original queen bed now in our guest room. Why suffer? Captain wasn’t happy with the mattress either, but the convenience of being close to our shower and his work clothes won out.

We needed a new mattress. Still opposed to mattress shopping with Baby Bop. I ordered another one online with free returns and called to return the first one. They scheduled Salvation Army to pick it up.

The truck pulls up and the guy asks me,

“We’re here to pick up a mattress?”

“Is it new, still in its plastic?”

“We can’t take used mattresses… because you know what happens on them.”

Oh yes I do. She’s 14 months old and wreaking havoc as we speak.

After a phone call he takes the mattress and we’re on to the next. It’s not good. At this point Baby Bop is sleeping in her crib, so I steal her twin-size floor mat and put it on my side of the bed. I may be 4 inches higher than Captain, but at least we’re sleeping together. When I want to snuggle, I just roll over and gravity does the rest.

We have to go mattress shopping. My mom stays with Baby Bop and we go for date night at Jordan’s. Our date features some wonderful mattresses and a very nice sales lady.

We are on our third mattress in 4 months and this one’s a keeper. We’ll see what happens on it. 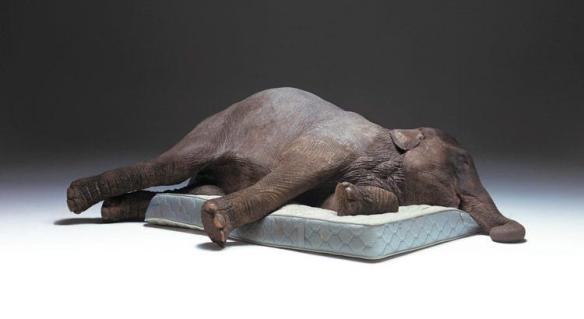 Six weeks of sleeping through the night and counting. My marriage is on the up swing. Before this, I wasn’t sure how people ever ended up with another child.

Captain and I head out for dinner for my birthday. No Baby Bop. We walk toward my grocery assault vehicle. Captain declares,

“I’m not doing valet parking with a car seat in the back.”

His two-seater car it is. I don’t know if it was the car, my unconducive for breastfeeding dress, the drinks at the bar, but I look at Captain, he looks at me. This is amazing. He says,

And I know exactly what he means. “This” being house, car, baby, marriage. Yes. It’s almost possible to imagine none of this has happened yet. Except this normal bra I haven’t worn in two years is not comfy. 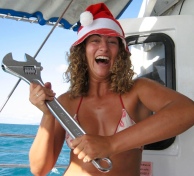 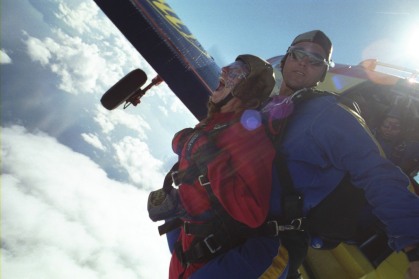 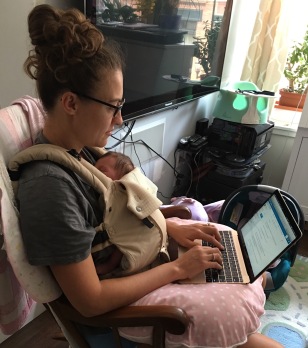 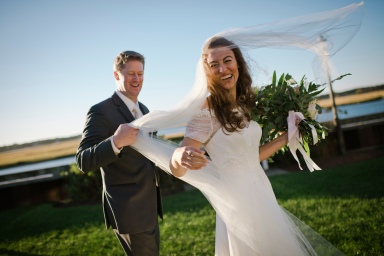 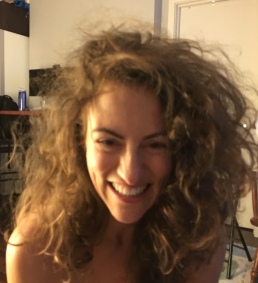 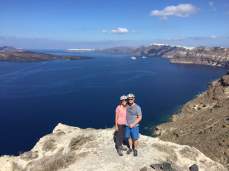 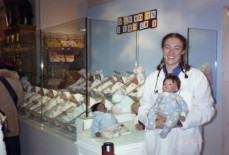 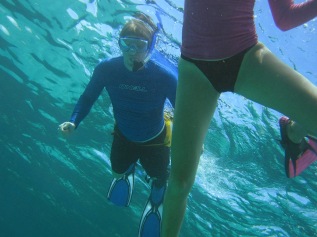 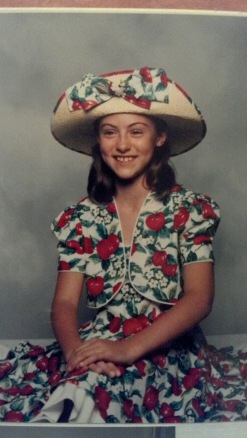 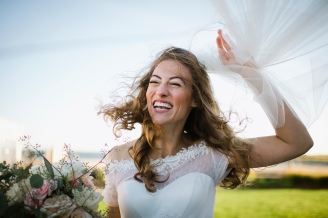 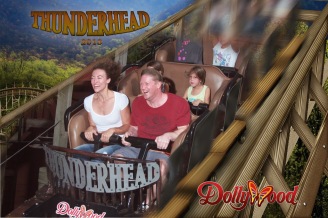